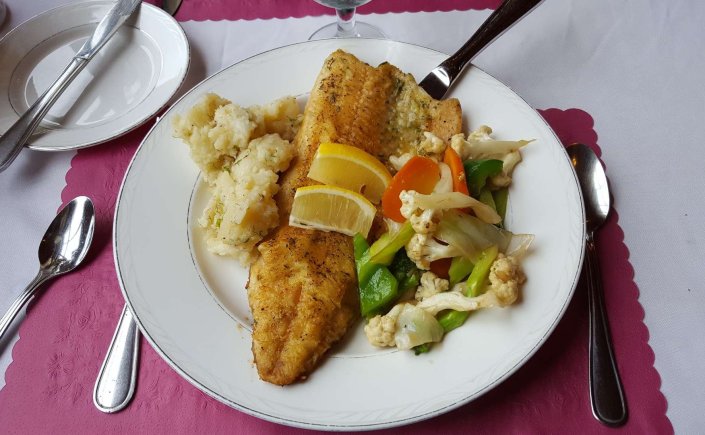 I started the day with a big breakfast in the motel dining room, they had a waffle station, bagels, cereal, yoghurt and coffee. I chatted to another guest who said he saw three moose along the highway yesterday, but they mostly come out during dawn and dusk, so it seemed unlikely that I would be lucky enough to spot one. 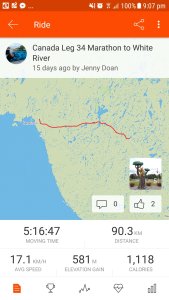 The ride was pretty straightforward, there isn’t much to see in between towns in this area. White River is famous for being the hometown of Pooh Bear and they hold a festival for him on the third weekend of August. The weather was looking pretty grim when I arrived, so after I showered I quickly headed to the supermarket to get a big lasagna for dinner and some snacks over the next few days. 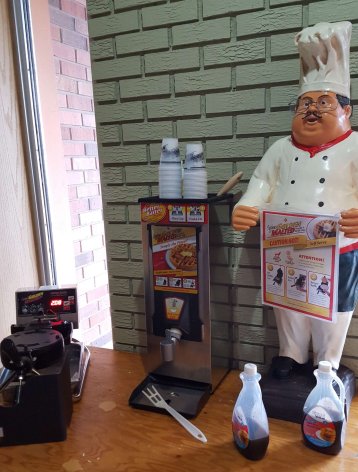 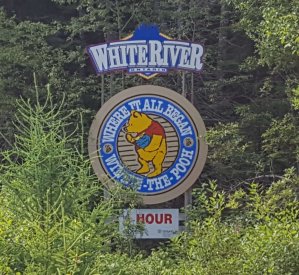 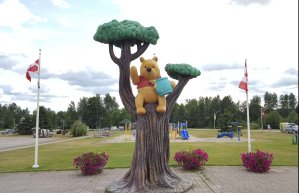 It rained for the whole ride today, so I wore my flip flops instead of my non-waterproof shoes and everything got drenched. Luckily it wasn’t cold or windy, so I was able to maintain a steady pace and stop occasionally to eat my snacks along the way. 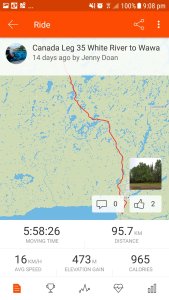 It was a little too expensive to stay in town, so I picked a motel opposite a lovely restaurant called Kinniwabi Pines. I had the Lake Superior trout and it was griddled to perfection with some stir fried vegetables on the side. After spending so much time cycling around the lake and going past fishing lodges, it was nice to try some fish and skip the fast and cheap food. With so much good food in my tummy and the relaxing sound of rain outside, I fell asleep quite early and managed to catch up on some sleep debt. 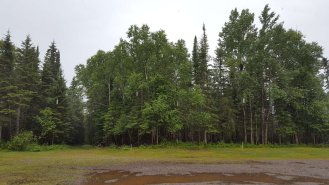 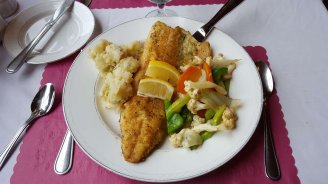 There was a lot of climbing today, but I knew I was so close to Sault Ste Marie for my next rest stop. I pushed through and made it to Twilight Resort, the only accommodation in Montreal River Harbour. I met Isabelle, the first solo female cyclist I’ve spoken to in Canada, and offered her a spot in my cabin while she was setting up her tent. It was so cool to chat to her and bond over our cycling experiences. She’s from Montreal and started in Vancouver too, but she’s racing back home before the next semester starts. 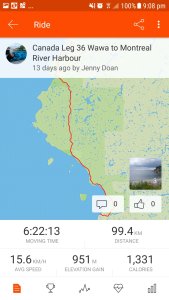 Outside of our cabin there was a lovely view of the lake, with lots of rain falling on the other side. I bought some dinner from the onsite food truck and sat on the swing overlooking the shore. It was so relaxing to sit back and enjoy the scenery, which was a huge improvement compared to my previous motel stays. I was even more excited that Isabelle would be cycling with me tomorrow and I’d have a buddy for the long day ahead. 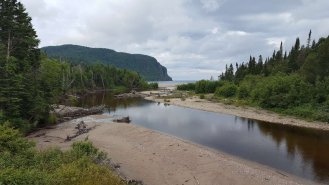 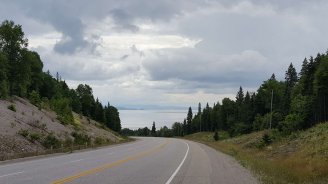 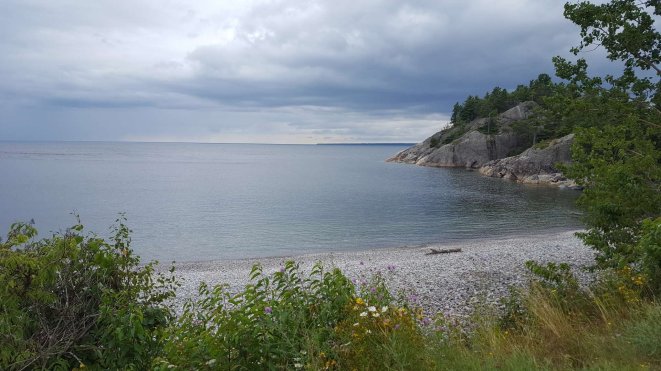