After having a bit of a blue day yesterday, I decided to start off the day with some pleasant activities. First I watched the sunrise while enjoying a cup of peppermint tea, then I treated myself to a hot breakfast. The Med Cafe was just around the corner and it was awesome. My mocha came with a little piece of chocolate and I stashed it away for later. 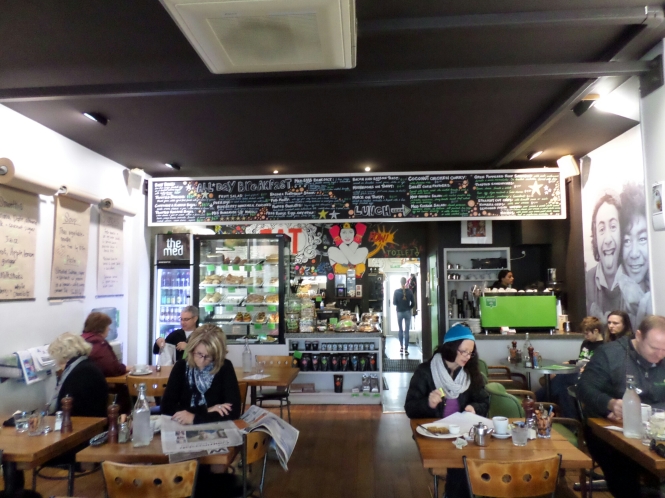 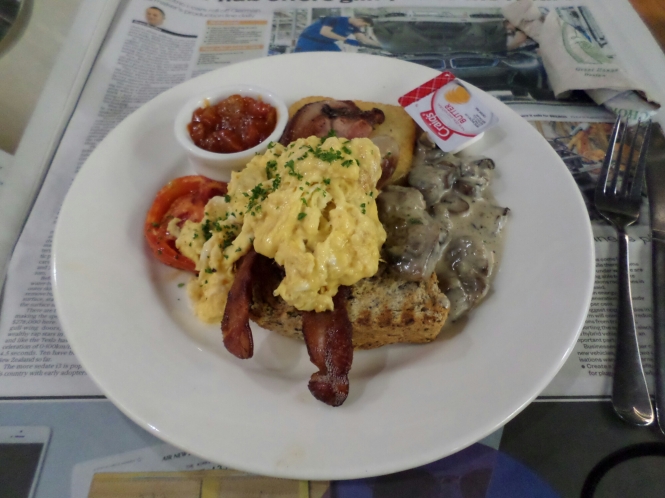 Initially, the ride didn’t look hard, given that it was the shortest leg of my trip, but it crossed the Kaimai Range (a big mountain range). I didn’t have any breaks or any photo opportunities, but the Strava screenshots tell the story. 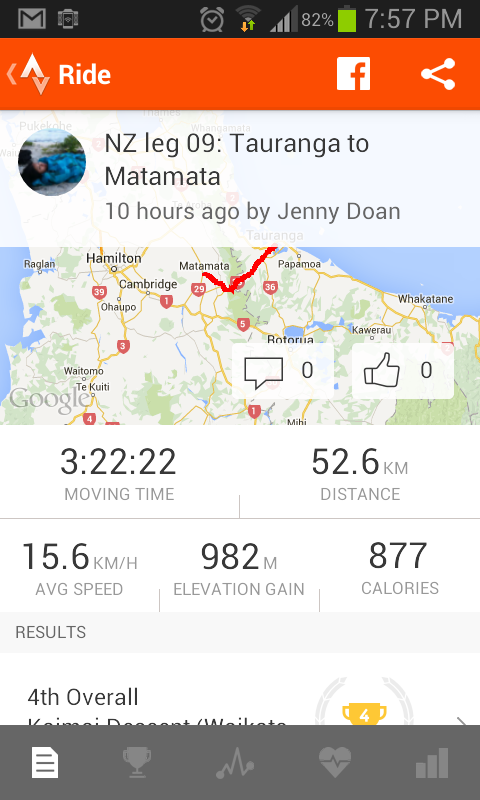 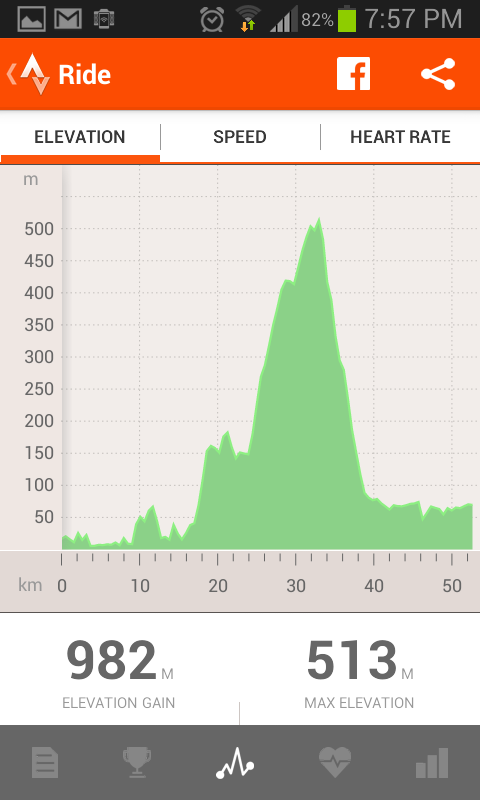 This ride was what I needed to complete the Everest challenge (climbing more than 8848m in a month).

The speed graph is the best one to explain how things really went. There was a strong westerly wind (35-40km/hr) and for the first 10km I was high on caffeine and happiness, so I found it amusing. I applied a generous amount of lip balm and wore a windbreaker, assuming the headwind would ease up as I went inland. At the 12km mark I saw the most beautiful scenery as I descended from a huge hill (sorry for no pics, I was too mesmerised to do anything but stare at the perfect landscape). That was the last happy part of the ride, at least for the next two hours.

The wind absolutely belted me. It was so strong that I struggled to pedal down the hills, even in my lowest gears. I cursed into the wind and it just howled back at me. My efforts were futile, as it took over an hour to travel 5km up that mega steep bit. I had both hands on the handlebars and my head down as I pushed my bike upwards with all my might. At one point it flattened out slightly, so I tried to run for a bit, which worked for about 10m. The wind did briefly stop, but then the gravel started, so I walked some more.

I was so happy to hear the sounds of cars, because I was back to State Highway. I had under two hours to travel 20km and not miss my Hobbiton tour, so I had no time for rest. Half of that distance was the descent, the scariest one so far. The road itself was lovely, there were generous road shoulders and it had plenty of spots with slow vehicle lanes. But it was the wind that made it terrifying. I could feel my bike wobbling underneath me the whole time and there was no possibility of stopping until I got to the bottom. Against all my instincts, I had to take a deep breath and just relax. After that it was easy, within the hour I had checked in at my hotel and carried my bags up the stairs.

The next part was fun, I headed to the tourist centre to catch the bus to Hobbiton.

It was such a magical place and there are simply too many pictures to upload. It was cool to see the props and learn about some camera tricks and how they built the sets. We were lucky to have such good weather too. 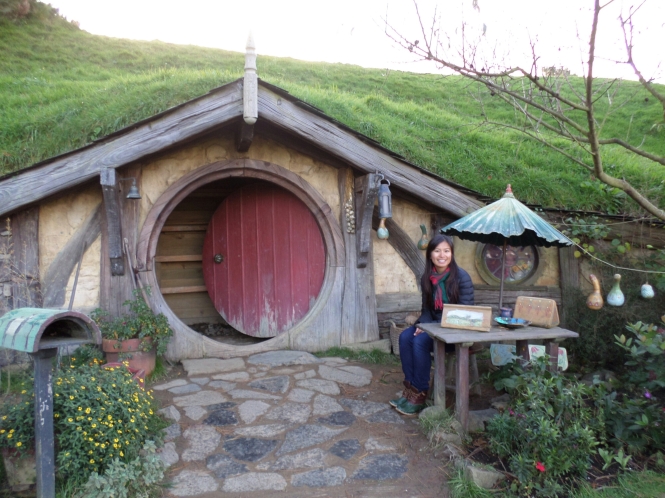 Hooray for a drink at the Green Dragon

That white thing above the red door was a bride and groom, aww so sweet.

I was pretty tired when I got back to my hotel. Yes, I’m not in a hostel this time, it’s the first non-bunk bed I’ve slept in so far. I had a power nap then headed to the Redoubt Bar and Eatery for dinner. The food was amazing (tiramisu for dessert too) and a spot right next to the fireplace was so nice. 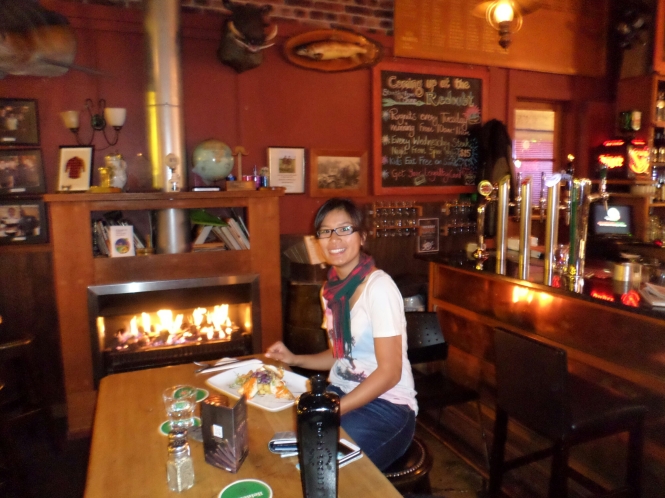 Even though today was tougher than yesterday, my spirits are still sky high. Only two more rides until Auckland, 90km and 120km respectively, it’s so close I can almost taste it…