Usually I’m not a fan of bus tours, but I was keen to visit Cape Reinga and I probably couldn’t do a 440km return trip on my bicycle in one day. Maybe after some training I’ll come back and have a go. In the meantime, I got up for the 7am tour, where we drove past Canberra-like frost along the grassy fields, it warmed up eventually and I ended up having a great day. 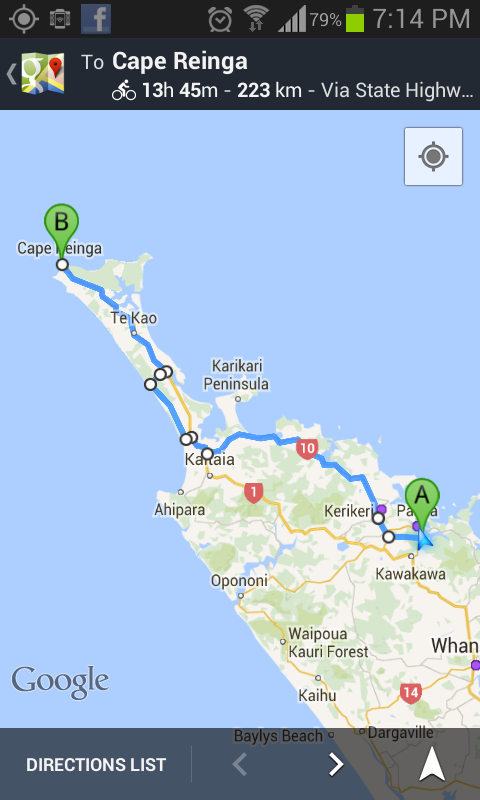 In the far north of New Zealand there are heaps of ancient Kauri forests, however a lot of them have been wiped out by deforestation. People in the area have dug up 100,000 year old trees and at Ancient Kauri Kingdom, they have transformed these lost trees into beautiful art.

An entire staircase carved on the inside of a Kauri tree

To get to Cape Reinga, we drove along Ninety Mile Beach (more like 60 something kilometres), where none of our cameras could capture how spectacular the view was. We drove along the sand with miles of barreling waves on our left and rolling sand dunes to our right, even catching a glimpse of some fur seals resting on the shore.

Hole in the Rock at 90 Mile Beach

Next we climbed up the hill for some sand duning, it was a bit tiring to get to the top, but it was worth the effort. I can’t upload videos yet, but I’ve linked it to my new Facebook page, I only created it today, so it’s a little sparse.

I’m the one with the lime green board

Even though I was on my own, fellow travelers were really kind and took photos for me, especially Anne and Ilhan, who were in NZ for ten days after a few weeks in Australia (doing crazy things like the Iron Man competition in Cairns). It was great to talk about our adventures and admire all the amazing things around us all day. 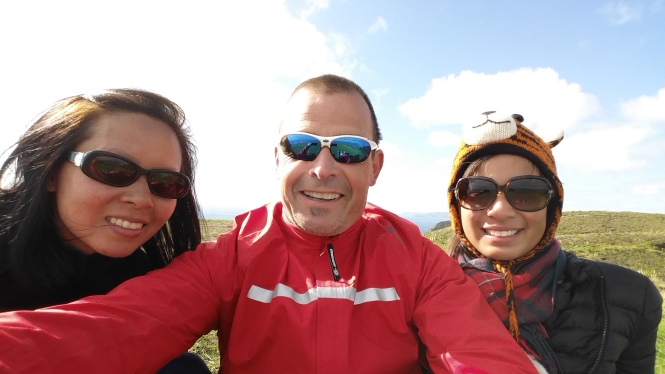 Cape Reinga certainly delivered on this beautiful day. In Maori, Reinga means underworld, and it is believed that spirits come to this point, the north most tip of NZ to finally rest. The weather and scenery were both perfect and there were dozens of hikes and camping spots nearby. It’s definitely a place I would love to come back to and explore for a few days.

I saw this on a postcard two weeks ago, it’s pretty cool close up.

Our final stop before heading back home was the Gum Diggers Park, where gum diggers came to harvest amber from Kauri trees. Fun fact, when a Kauri tree is around 40 to 60 years old, it sheds all of its lower branches, causing the sap (resin) to ooze out from the tree and settle at the base. For some reason there are heaps of ancient, buried trees in this area and they still don’t know what caused these giants to fall.

I arrived home feeling in awe of all the things I saw today. If I had a better camera or writing skills, I could possibly elaborate on my experiences today. I think it’s something you’ll just have to see for yourself.