After an excellent night of rest, we were prepared for today’s ride, which was half the distance as yesterday’s ride. We had some omelettes for breakfast and briefly investigated town before we headed off. It seemed odd that parts of the town were really nice but parts of it were abandoned or really run down.

Even though we had a short ride, we had no illusions about its difficulty, our Bulgarian portion of the tour follows along some impressive mountain ranges.

The climbing was much more spread out, so it didn’t feel so harsh compared to yesterday. I was able to handle the climbs with more confidence, but I was no match for Leo’s performance. It made sense though, he’s been on bikes (mountain and road) for years, so mentally and physically he has tonnes of endurance and experience under his belt. 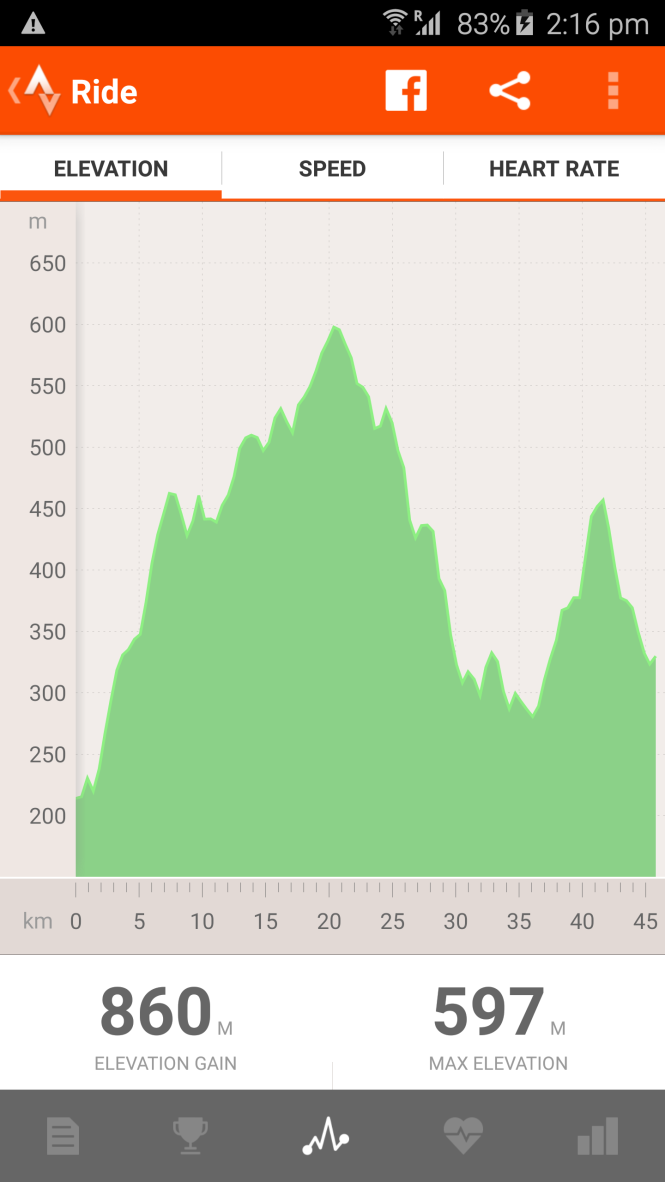 Leo has also been able to take some fantastic photos along the way (except some are stuck on his camera for the meantime) and it’s cool that we look so tiny in these pictures. It captures the overall feeling very well, we really are alone in the middle of nowhere when we cycle and there’s an infinite number of places we can explore next.

We continued on our way and we had plenty of time to appreciate our beautiful surroundings, since we weren’t completely exhausted. With less than 10km to go, Leo stopped on the side of the road to go pick up something. It looked like a pile of rocks, so I ignored it, but it was actually a turtle. He took it further down the road near the river and we hoped it would make it safely home.

Most of the road signs here are written in both English and Cyrillic, but occasionally we got stumped with these signs. Luckily Google Maps came to the rescue and we found our way in the end.

Our hotel was lovely and although we were too lazy to swim in the pool, we were very relaxed as we sat in the shade nearby. After a day of cycling, we’re very easy going, all we need is a shower, food and wifi to load our Strava results.