It was time go back to the start, Berlin, where I arrived three months ago and where I’ll fly home from in three days. Luckily before I left Hamburg, I tried their fransbrotchen (French bread), their version of the croissant with cinnamon and sugar, which I think is a massive improvement.

The bus ride was a bit boring, as it was very foggy and I couldn’t really see anything. Once I arrived at the bus station, the sun came out and I cycled half an hour to the city centre, along generously wide and familiar roads. I was staying with Leonie, a cycle tourer I met in Novo Mesto, Slovenia, where she was cycling to Venice with her boyfriend. Her apartment was right next to the Berlin Wall, on the east side, and we walked to a park nearby to see parts of the original wall. There was plenty of information about its history and photos showing how different things were a few decades ago.

Leonie and Julian, back in September 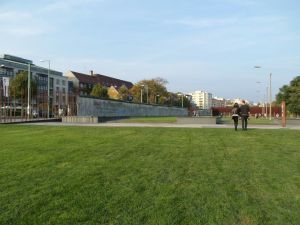 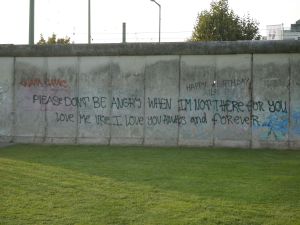 Afterwards we headed back to a healthy dinner and got ready for a concert for Sales, a duo from Florida. I’ve listened to their album at least 20 times and I was pretty excited. The venue was really laid back and it was great to be so close to the stage without being crammed up against strangers. Unfortunately my camera didn’t do a good job in the lowlight, so I didn’t capture much, but I enjoyed the music and had a cool night out. 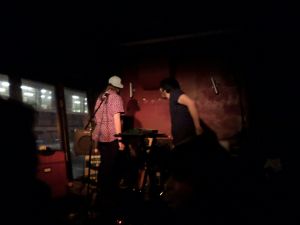 They had issues with some of their tracks, but sorted it out in the end

The next morning, Leonie made pancakes and we tried all the jams and marmalades her parents made at home in Munich. It was a delicious start to the day and we were ready for some sightseeing. I followed Leonie as we cycled into the city and she showed me some cool buildings too. I really wanted to see the Baushaus Archives, a collection of design, architecture and photography, but they’re closed on Tuesdays. Instead we went to the photography museum, where Helmut Newton’s work is displayed permanently. They have a no camera policy, although I’d be weary about uploading his work anyway, it’s highly controversial and erotic. His work on the 50s and 60s was used in French, British and Australian Vogue plus Playboy where his photography focused a lot on women, mostly naked. This collection was so extreme compared to the exhibit on Japanese photography in the 19th Century. 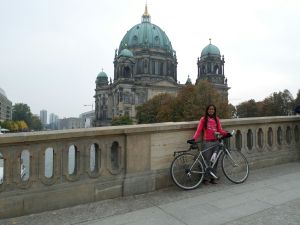 Berlin Cathedral, three months ago it was covered in scaffolding, it was good to see it in all its glory, although I don’t think you can go inside yet. 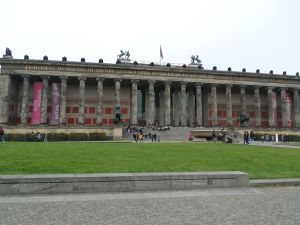 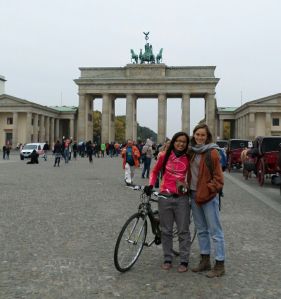 On the way home, we picked up a giant cardboard box to store my bicycle for my flight tomorrow and bought some groceries for dinner. We ate with Leonie’s previous house mate and we talked for a few hours, about family, Berlin and life in general. The most memorable part of the conversation was when I asked him to describe how he felt about Berlin and he said “the longer in you stay in Berlin, the sooner you begin to unravel”. There was an explanation behind the statement, but I’ll let you interpret it as you wish, it’s interesting because that’s how I feel about my cycle touring lifestyle. I was nervous about my flight, even though there was no reason to be, I have 12kg of baggage, a 14kg bike, which I have easily disassembled half a dozen times and the airport is only 6km away.

The next morning I got up early and arrived at the airport with plenty of time to spare, I sat at the Starbucks (for the free wifi) and just watched people  going back and forth. My flights were quite pleasant, except when the air steward had to pull out his handcuffs and threaten to restrain a nearby drunken passenger. It was nice to land in Perth, where I could go back to seeing familiar things and hopefully feeling like I belong again. I’m not sure how well I’ll readjust to my old life, or if I’ll book another tour as soon as possible, but in the meantime I’ll try to enjoy the concept of resting and cooling off.