I have a cousin who lives in Kakogawa, 40km west of Kobe, and I stayed with her family over the weekend. I last saw her in Vietnam, about 15 years ago and since then she got married, moved to Japan and is currently raising three daughters, with a baby on the way. My aunty and uncle picked me up from Kobe, so that saved me from riding in on the hot day. After meeting the family, we went to a sushi train place for dinner, where each of the dishes were 100 yen ($1.20 AUD) each. The restaurant was huge, there were around 100 seats, and touch screens at each table, where you could order off the menu and when your dish came along a little song played. With so much food in my belly, I slept like a log and looked forward to a weekend of more feasting.

The forecast for the next day was rainy, so we skipped the sightseeing and stuck with food and relaxation. Dinner was the highlight, a two hour session of all you can eat Japanese BBQ beef. It was sensational and I ate until I couldn’t move, which is the opposite of the typically smaller portioned meals here. 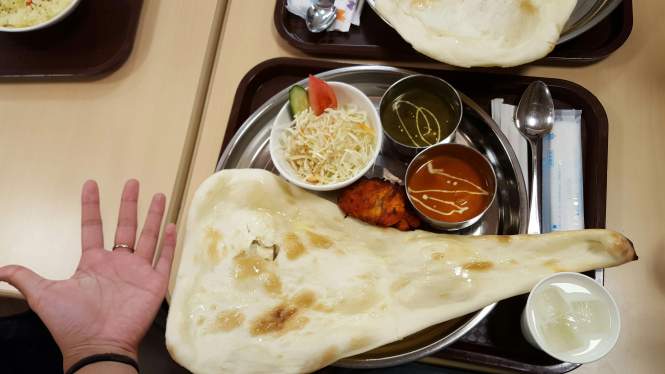 The salad was good too, seriously 🙂

Afterwards we went to an onsen, a hot spring public bath, the perfect place to relax and unwind, once you get past the public nudity. They have separate sections for men and women but they’re both the same, basically you get naked, have a shower and hop into some hot baths. They varied in temperature and some had spa pumps or therapeutic salts, so it was fun to try them all. After a second shower, we tried the hot dry rooms, ranging from 30-60 degrees and had a third shower before heading home.

The next day we drove an hour to Nenbutshu Muryojuju Temple, which held the 6th World Buddhism Summit. Nestled between seven mountain peaks, the temple grounds had several gates, halls and gardens, where several buildings have gold finishes. We were the first group to arrive and joined another group of Vietnamese travelers during our escorted tour through the grounds.

The Main Hall at the very top is enormous, bigger than the Arc de Triomphe and inside the hall and the buildings on both sides there are huge golden altars and Buddha statues. 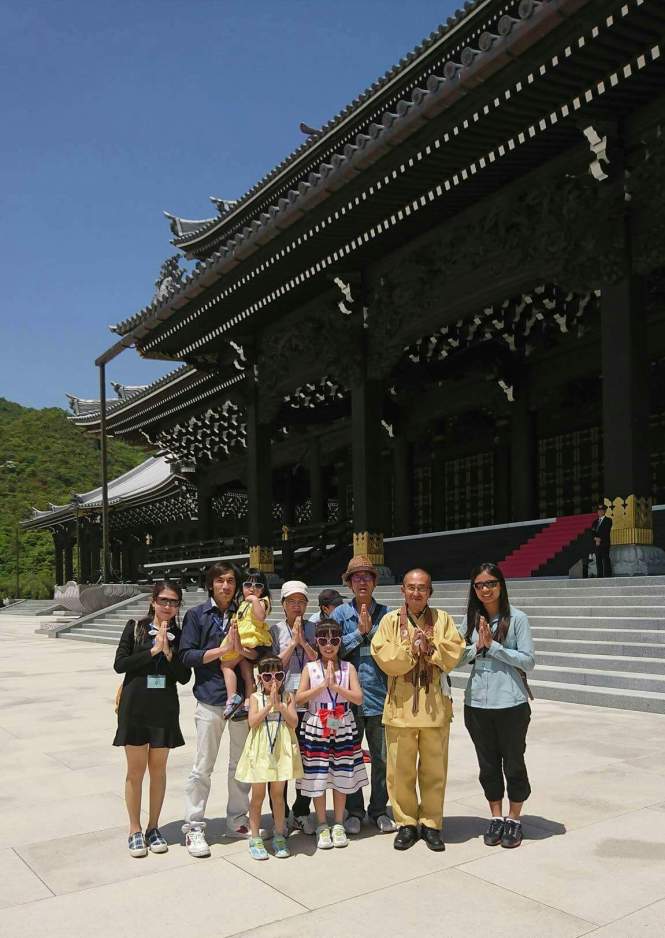 There was a guarded section at the very back of the temple grounds, no idea what’s inside, but it must be valuable, considering the amount of gold and marble on the buildings and inside the halls.

After we returned from the temple, we had lunch at an udon place, I wish I had ordered the jumbo portion like my uncle, it looked pretty good. For the rest of the day we rested and the family prepared for the upcoming work week and I got ready for my ride out to Osaka and onwards. It was really nice to spend some time in a home for a few days and although my Vietnamese is a bit rusty, I enjoyed getting to know some more of my family.

Such a cute omelette.