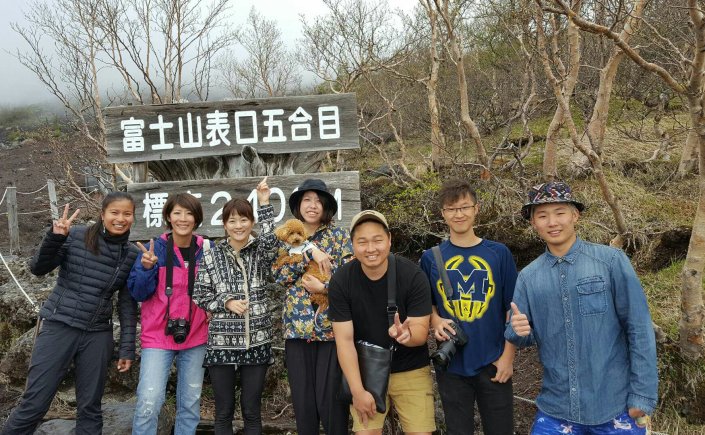 Today’s ride was pretty grim, the whole sky was grey and the rain started the moment I started cycling. It was unfortunate because the area is famous for five great lakes, where you can see Mount Fuji in the reflection of the water or surrounded by flowers during different seasons.

I ended up taking the most direct route, slowly plodding along while my exposed skin grew colder and my shoes filled with water. On the bright side, the roads were superbly smooth and the forests provided decent shelter for the first half of the ride. At the two hour mark I started descending at 30km/hr, taking extra care to make sure I didn’t slip on the wet roads. It was too cold to stop and eat and I only squeezed in some time to shove some bread sticks in my mouth. 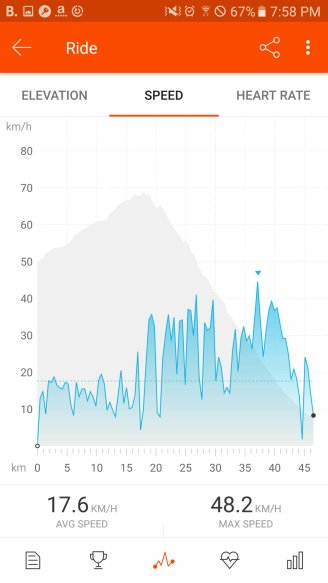 At the halfway point, I stopped at Fuji Milk Land, where they had farm animals and all sorts of dairy produce. It was too cold for ice cream or creme puffs (my favourite), but I enjoyed some udon and tempura, cupping the hot bowl in my hands and drinking all of the soup. 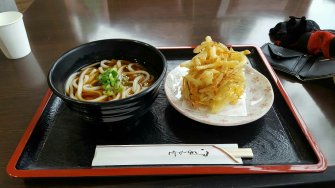 All of the climbing from my previous ride paid off, as I descended into Fujinomiya in less than hour. My hostel wasn’t ready until 4pm, so I went to the shopping mall to enjoy the warmth, free wifi and a distraction from my soggy socks.

Once I checked into the hostel, I chatted with my another lady in my dorm and we had a local favourite dish for dinner, yakisoba, which is a type of fried noodle cooked on a hotplate. Afterwards we sat in the hostel lounge and watched some classic movies like Totoro and Howl’s Moving Castle, with English subtitles.

The hostel owner drove a group of us to Fujinomiya Fifth Station, which is one of the five trails to the summit of Mount Fuji. The official climbing season starts in July, but today was the first day that the fifth station was open, which explains the camera crew that filmed us as we entered. 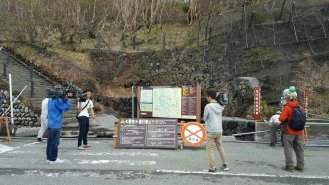 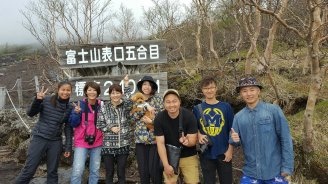 This trail is popular because its fifth station is higher than all the others, starting at 2400m elevation, with the summit at 3776m elevation. We only walked for a little while to reach the sixth station, but it was harder than it looked, the thinner air and rocky terrain made things challenging. It felt like we were on a different planet, with waves of mist (or perhaps clouds), volcanic rocks and unusual but tough looking plants clinging onto the sloped surface. Just the thought of spending 4-6 hours hiking up this monstrous mountain was exhausting. 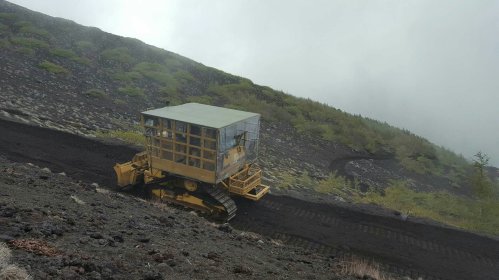 After returning to town, I walked to Fujisan Hongu Sengen Shrine, a thousand year old Shinto shrine where climbers visited before ascending Mount Fuji. It was quite a warm day, so I ended up spending my afternoon napping and reading. 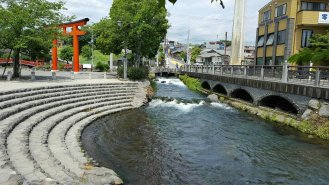 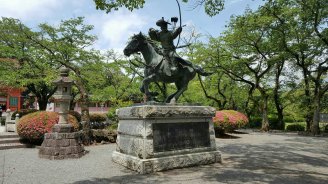 I ride to Hakone tomorrow and I’m a bit disappointed that I couldn’t get a nice photo of Mount Fuji, like the ones I’ve seen from other travellers and postcards. Although I’ve been lucky to have seven weeks of good weather up to now, so that’s a pretty good deal, plus the Fuji costume at the hostel was an amusing consolation prize.