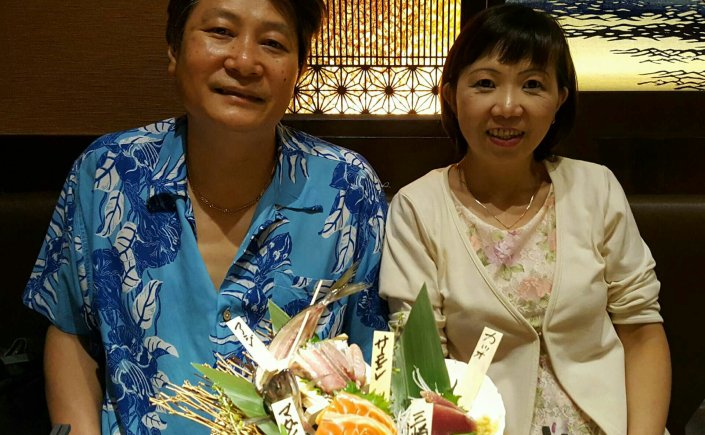 Aside from my legs feeling a bit stiff, today’s ride was fairly manageable, there were just a few detours towards the end to avoid toll roads and stairs. I was excited to visit my cousin in Yokohama, Chi Hanh, who I haven’t seen in more than 15 years. She owns a Vietnamese restaurant with her husband and made sure I was well fed during my stay. 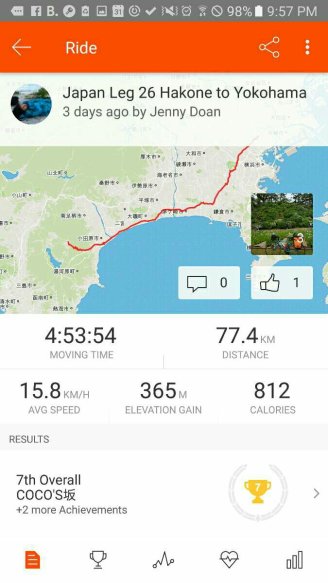 They had so many delicious things on their menu, so I started with some beef pho, stir fry and spring rolls.

While they were taking care of the dinner crowd, I visited the Ramen Museum nearby, which showed the different types of ramen around Japan and the world. It was an interesting place, they had a massive slot car collection and the basement level was transformed into the streets of the 1950’s, with a bunch of different restaurants to try. 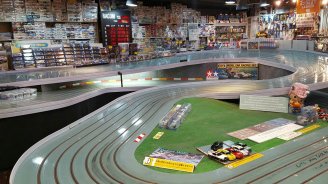 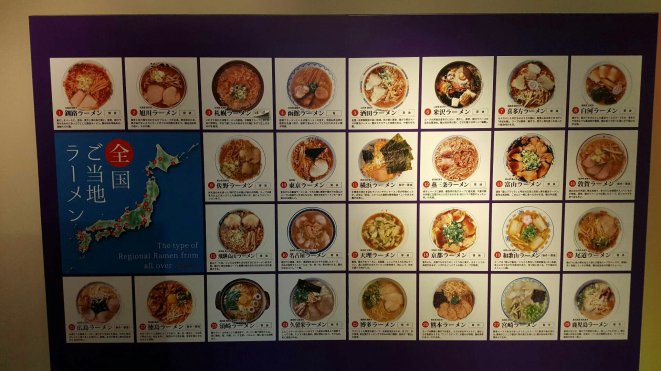 Hanh’s restaurant closed at 10pm and we went to a nearby pub afterwards to have even more food and some drinks too. The boat of sashimi was so fresh and tasty, except for the dark slices on the far right, I don’t know what type of fish it was but it was really sludgy.

Chi Hanh and her husband close their restaurant on Mondays, so we spent the day sightseeing around Yokohama Port and enjoying the sunshine. 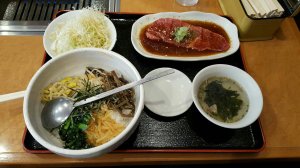 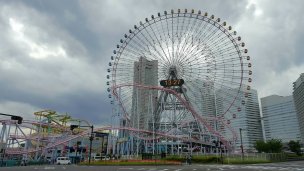 The Cup Noodle Museum is a really popular attraction particularly for school groups, but I also found it oddly inspiring. Momofuku Ando invented instant noodles in 1958 in response to Japan receiving large quantities of wheat flour to assist with food shortages. Rather than making bread, he found a way to efficiently make noodles and with some clever marketing and a lot of trial and error, his business evolved into a cup noodle empire. His company even developed different flavours of instant noodles for space.

In the noodle factory we made our own cup noodle flavours; first we drew pictures on our cups, then we picked a broth and toppings and lastly the cups were sealed and shrink wrapped. 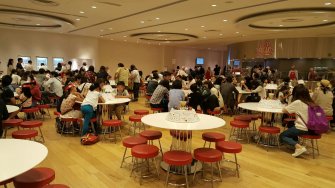 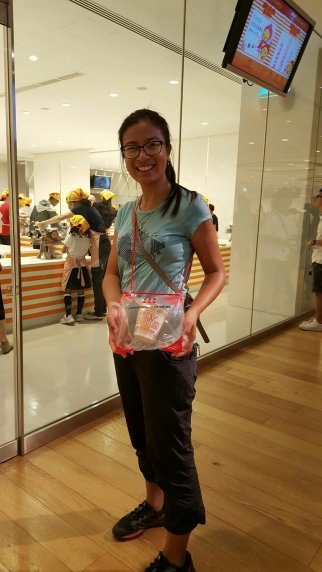 After all of the excitement, we headed to a really nice onsen to soak in some hot spas. It was a nice way to wind down and give my muscles a well deserved rest before I ride to Tokyo, the last stop for Japan, aside from the airport of course.