This will be my longest tour so far, starting in Vancouver and finishing 5,300 km later in Montreal. I chose the route based on the Trans Canada Trail, cycle tour blogs and wherever I can find decent accommodation. I’m planning to stay in hostels, motels, airbnb places and try out a website called warmshowers.org which is a network of hosts and cycle tourers looking for a place to stay. 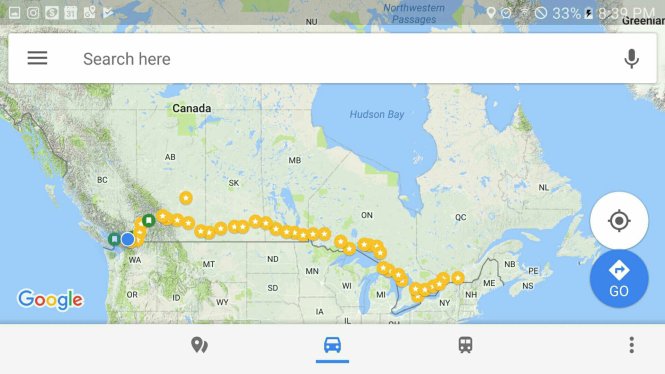 The first part will be rough as I climb through the Rocky Mountains, then there’s a big flat bit in between where I’ll probably get scorched by the summer heat. I’m looking forward to all the greenery, but I’m hoping I don’t come across bears or moose along the way. There wasn’t really much preparation for this tour, since I’ve already been cycling for the last three months and won’t be camping on this trip.

I flew from Tokyo to Seattle and transferred to Vancouver, the flight was pleasant and my bike arrived safely on the other side, although a little rattled after TSA cracked it open for a peek. Upon arriving in Vancouver, I reassembled my bike and rode to my accommodation, where I was pleasantly surprised by the awesome bike infrastructure. My hostel was roughly 6km from the city centre and it was nice to stretch my legs and adjust to riding on the right hand side of the road. 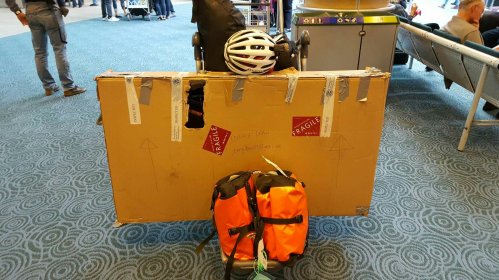 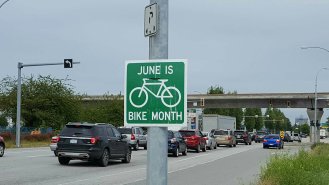 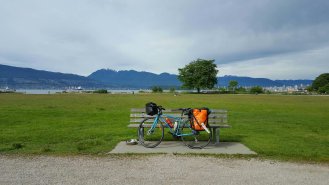 Compared to South Korea and Japan, it felt so strange to see spread out cities, big cars and mountains. All around me I could hear people speaking in English and French and I could actually understand all the signage and writing around me. Without the language barrier, this tour will be a lot easier, but the vast distances will be a big challenge for me. I was feeling too tired to do any exploring on my first day, but I have a few days to reset my body clock and get used to the 16 hour time difference and the sun setting at 9.30pm.

3 thoughts on “Canada Brief and Arriving in Vancouver”