Today’s ride had a tailwind for most of the journey and halfway through, I left the mountains and enjoyed the flat highway. Unfortunately there were a lot of loose rocks and shrapnel on the side of the road and I got stung by my first flat tyre. After 4,000km of touring, it was bound to happen, but I managed to remove the culprit, a staple, from my tyre and patch up the tube. 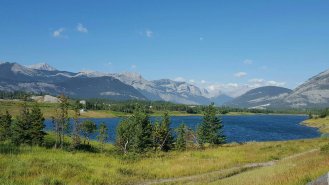 The city looked lovely, with the Bow River, which I’ve seen throughout the Rocky Mountains too. I had four days to explore and relax, and I stayed in Downtown at my Instagram friend’s apartment. We’ve been friends online for a few years, and six weeks ago, Alex and his girlfriend, Marie-Pierre moved to Calgary. He was out of town, so I hung out with Marie-Pierre and it worked out really well. She’s really laid back and a great cook, so we were happy to eat and watch comedies on Netflix.

I met up with one of my friends from WoW (World of Warcraft), an online game that I stopped playing ten years ago. It was cool to meet up in person and we indulged in bison and boar burgers, ribs and ice cream, before heading to Prince’s Island Park. 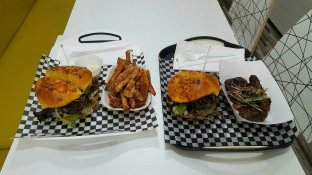 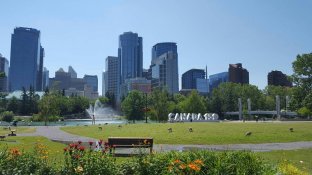 In the afternoon I headed to the Inglewood Night Markets to meet up with my friend Krissie, who is an awesome triathlete I met in Lake Louise a few days ago. There were so many cool stalls, delicious foods and retro camper vans. The whole city was alive with the Calgary Stampede, an annual event with lots of cowboys, markets and festivities. 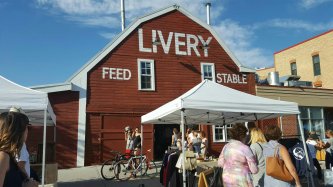 Back home in Perth, we have the Inglewood Night Markets too!

We headed to the Calgary Farmers’ Market to go shopping and cast our votes for the Chilli Cook Off. There were six different samples to try out and donations were collected for the Food Bank. The whole place was brimming with delicious food and it was so tempting to buy something at every stall. Marie-Pierre and I picked up some ingredients for a burger and movie night. After hopping between so many hostels, it felt good to settle down on the same couch every night and look forward to delicious, home cooked meals. 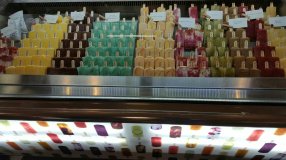 Chilli tasting with some friends in Calgary

Day 27: One More Friend Catch Up

My last day in Calgary was even lazier, I mostly did personal admin and rested my legs in preparation for the next part of my journey. I planned a 12 day, non-stop journey from Calgary to Winnipeg, which would cover 1400km and 3 provinces. It was going to be tough, but hopefully there would be generous tailwinds across the prairies.

Later in the evening, I caught up with my high school friend, who was on a holiday through North America with her boyfriend. We headed to a local pub for half price pizzas and hung out at their airbnb apartment for a while. It had been four months since I left Australia, so there was a lot to catch up on and it was really nice to keep in touch with a good friend. 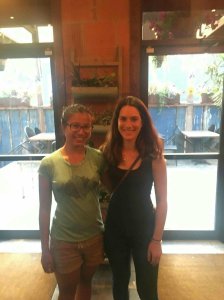