Luckily today’s ride was nice and short, I planned to ride 80km, but my Couchsurfer hosts coincidentally drove past me at the 53km mark. Darcy and Devora were driving their camper van back from a festival and picked me up for the last bit, which was handy, since the crosswind was tiring me out.

Their home was so lovely and we watched some movies and shared travel stories. For dinner we had salmon, vegies and rice and it was awesome to have a home cooked meal. The last few nights in motels really wore me down, mainly because they didn’t smell great and it was quite isolating in the tiny rooms. I was looking forward to staying with more locals and experiencing the pleasantries of small towns. 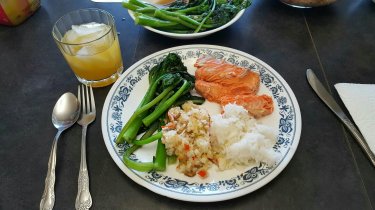 Darcy and Devora, some couch surfers who hosted me in Weyburn

After a hearty breakfast, I packed up my things and headed out, with the westerly wind pushing me forward. Averaging more than 20km/hr felt fantastic and at some points I didn’t even have to pedal.

I arrived nice and early at a Warmshowers place, at Joy and Eugene’s house, who are Zach’s parents, another cyclist who lives in a nearby town. It was a full house, with two of his brothers in town and three huskies in the backyard. I really enjoyed chatting to everyone and sitting with Joy on the front porch while the sun slowly set. It was cool to see photos of Arcola in the winter and get a feel for life in the prairies. 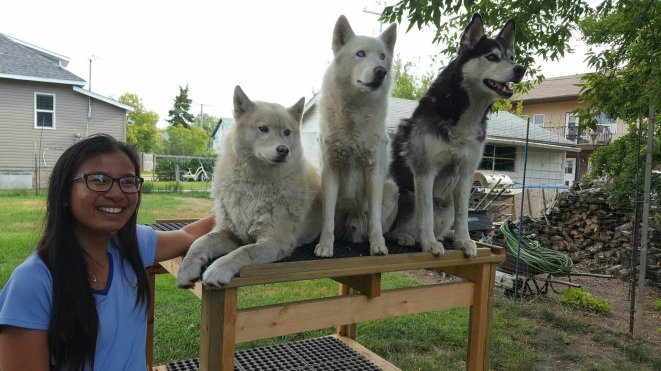 I started the day with a big breakfast, Joy baked some cinnamon rolls and they were incredible, I ate three for breakfast and packed one for the road. 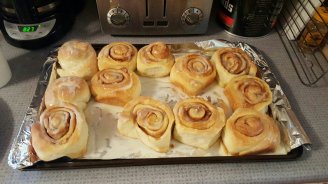 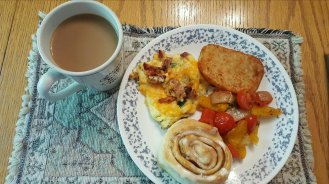 There was a strong northwesterly wind, so I put on some podcasts and easily blasted through the first half of the ride in well under three hours. But the honeymoon was over when I headed north for 32km, I rode directly into the 50km/hr headwind for a solid two and a half hours and everything came down to standstill. I felt so frustrated and at the very end I just cracked and started crying. It was the strangest reaction I’ve had on a bike, but I just kept cycling because there wasn’t anything else I could do anyway.

Once I headed east again, the wind was behind me and I put myself back together and snacked on one of the cinnamon rolls from earlier. I stayed with a couple I found on Warmshowers and they had a freshly baked bread sticks and lasagna ready for dinner. Their kids were away on summer camp and they were so kind to take care of me and provide relief from my unpleasant ride. They had a guest book from other Warmshowers cyclists who have stopped by, which included one incredible guy who beat the world record for cycling across the world (averaging 250km per day for 4 months). I loved the peace and quiet of the small town and I slept like a log.