The first ride out of Thunder Bay was alright, the headwind wasn’t helpful, but large sections of the road were quite nice and it looked like they were making progress with highway improvements.

At the midpoint I found a shop which had some vending machines and while I ate some snacks, I read a copy of National Geographic from August 1990, the month that I was born. It was interesting because it was talking about Yugoslavia and the wars going on at the time, but two years ago I rode through the region, except it was through the independent states of Serbia, Croatia and Slovenia.

Signs pointing to different cities all over the world

I hopped back on my bike and arrived at my motel, which was conveniently located behind a Tim Hortins, a Canadian staple, with the same popularity as Starbucks in the US, except it has donuts too. I’ve resisted the temptation to visit the stores, since donuts are one of my weaknesses, but it was going to be a while until I came across more stores, so I caved and stopped by for dessert.

Today’s ride was peaky, the three big climbs towards the end of the ride were pretty brutal and I had to walk up the two big ones. On the bright side, the scenery was spectacular and the sheer size of Lake Superior was impressive. At times it looked like a vast ocean and along the waterfront there were beaches and a few brave people going for a chilly swim. 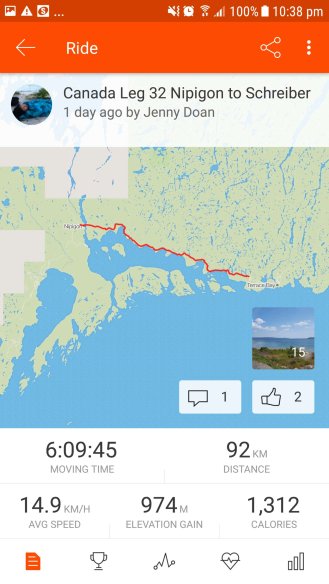 Arriving in town wasn’t too exciting, although I enjoy seeing town signs with local legends, even if I’ve never heard of them myself. My motel room was rather large, but I had a quiet room, away from the truck drivers and motorcycle groups. There wasn’t much to eat except for KFC, Pizza Hut or Robins Donuts, so I didn’t feel great eating such a greasy dinner, but at least I was getting my calorie intake.

I sat around in my motel room and waited for the storm clouds to pass before I headed out. I managed to miss the rain and only catch a little bit of drizzle in the first half hour, but throughout the day there were some intense bouts of headwind and tailwind. 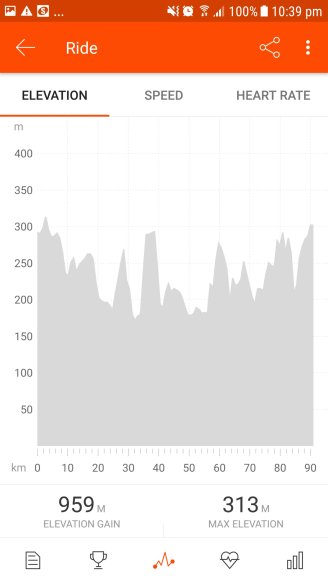 While the distance wasn’t too great, the hills made it hard to relax, especially towards the end when my legs were burning and my patience was fading. I turned off my podcasts and switched to some upbeat 90’s pop music and sang along to cheer myself up. It worked pretty well and I was happy to arrive at my motel earlier than expected and get a load of laundry done. Even though it’s expensive to stay at motels, I definitely appreciate having a clean bed and shower after a long day of cycling.