I was hoping to feel refreshed after our rest day in Smolyan and tackle one last day of climbing. Unfortunately today was painful, starting off with some intense stomach cramps, but I was determined to ride regardless.

The first 10km were fine, I just winced and grit my teeth when my stomach started turning. It was the middle 10km that crushed me, the average gradient was 7.5%, which was tough on Leo’s legs too. I pulled over three times to rest my head on my cool handlebars and cry, half in pain and half in frustration. I was angry at myself and the situation, I just couldn’t do it. I wasn’t even cycling, I was in pain and there wasn’t anything I could do about it. I couldn’t get help until I got to the top of the mountain and I could see how far away it was. 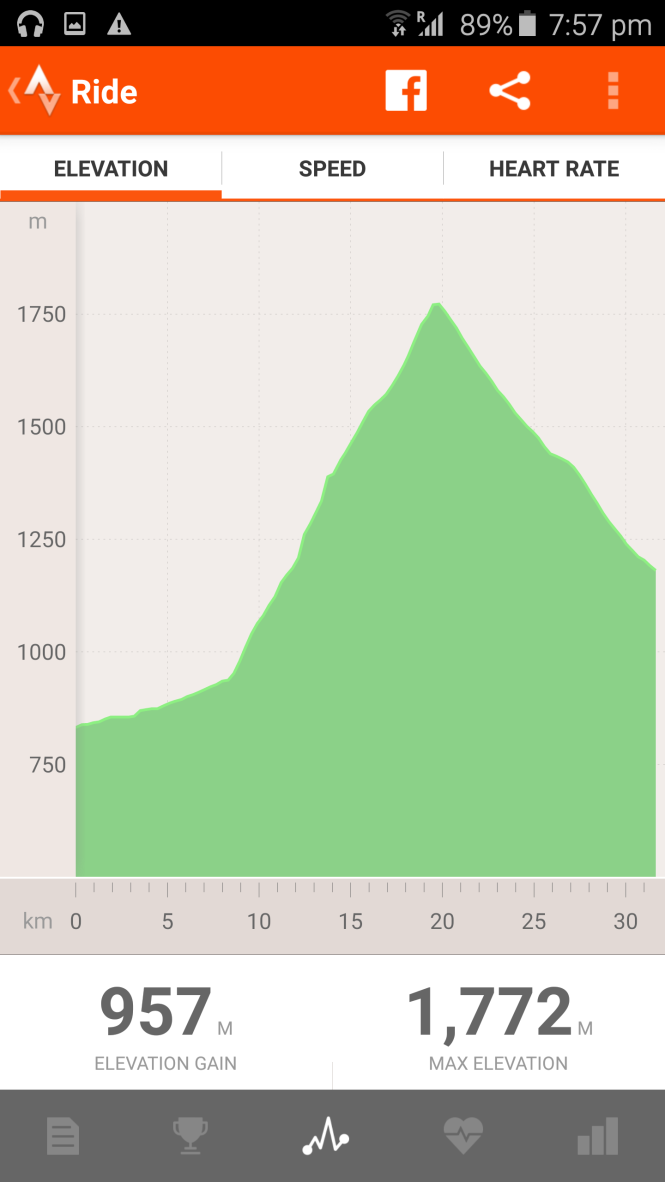 I kept walking and I felt like lying on the ground in the foetal position instead. I eventually made it to Leo, he looked so peaceful at the top of the hill, writing in his journal. I told him I wanted to quit at the next town and hoped that I wouldn’t throw up mid sentence. Luckily it was downhill from there and Leo was able to sort out a lift for the last 55km.

We had lunch while the driver sorted out his car and Leo was really supportive. I was really disappointed but under the current circumstances, it made perfect sense that I couldn’t do it. It was a combination of being sick (probably due to pushing myself too hard previously), the fact that I’m on a touring bike with an extra 20% of my weight in my bags and we’re cycling along a giant mountain ridge. Even though I was doubtful, he assured me that this experience would make me stronger. The drive ended up taking a bit over an hour, although the windy roads gently rocked me to sleep and I didn’t wake up until the very end.

After we arrived at our accommodation, we realised that it had a kitchen for guests to bring their own food, since they didn’t have a restaurant. We didn’t have any food with us, but a Bulgarian couple, Boyan and Gergina, invited us to have dinner with their parents and friends. It was the best food we had so far and included: honey marinaded chicken, shopska salad with Bulgarian tomatoes (they’re super juicy and pink instead of red), homemade eggplant chutney, fresh cheese and some fragrant spice mix for the bread. Leo took a group photo on his camera, which is currently having issues (we might have lost all the photos on his SD card), but we’ll take more photos when we’re staying at their house in Sofia in a week.

The inlet to Dospat's dam

Despite the unpleasant start to the day, some warmth and generosity cheered me up immensely. We learned more about Bulgaria and watched a fair amount of Bulgarian folk dance on TV as well. I fell asleep very easily and just hoped that my stomach would feel better in the morning.