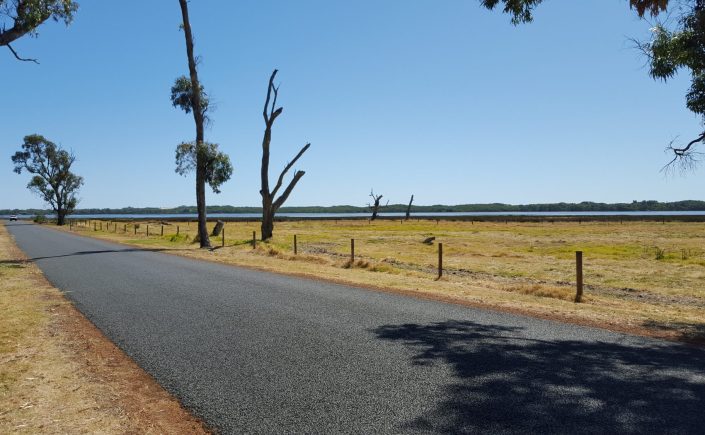 So it’s been 8 months since my last post. After coming back to Perth, I fell out of love with cycling and fell into a bit of a rut. There wasn’t anything particularly wrong, I just thought that I’d be able to hit the ground running, get everything sorted and be off on another adventure. But when that didn’t work out and the reality set in, it knocked me on my behind and it has taken a while for me to get back on top of my game.

To start with, it took me 3 months to get a new job, which was a bit of a setback, but now I’m halfway through a 12 month contract and steadily saving all my pennies for my travel fund. It’s a pretty good gig, as a strategy analyst, I get to play with loads of data and spreadsheets, which is a fun activity for me, but probably a nightmare for most people. 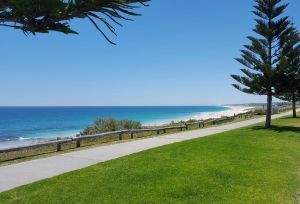 My commute to work is only 15 minutes each way, so I didn’t ride much for the first half of the year. The picture below sums up the distance I cycled per week and the big peak in 2016 was on the April long weekend when I decided to cycle 220km to the Pinnacles Desert. It was pretty awful, I rode directly into a headwind for 14 straight hours, but on the bright side I got free entry for the national park, which was quite an interesting place to see. 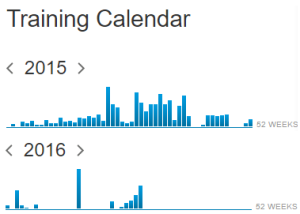 The 2016 drought is over, jennyonwheels is making a comeback! 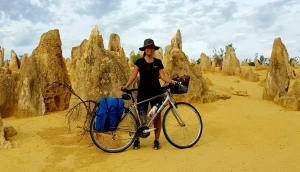 It was a bit disheartening to feel how much cycling power I had lost since my trip to Europe, but 4 weeks ago, I signed up for the Ride Around the Bay in Melbourne (an annual cycling event) in October. I’ve chosen the 210km route and I have 12 weeks to build myself up again and make the most of it. I’m using a heart rate monitor (HRM) and practising riding in the different HR zones to increase my fitness and strength. I found it counter-intuitive, because every part of me wants to go faster, but I need to force myself to go slow and set a good foundation, because without it, I’ll end up plateauing instead. It definitely changed my perspective, while I may not be where I wanted to be 8 months ago, I’m slowly putting the pieces together to get there in 6 months or however long it takes to get there.

Now that I have some concrete goals and a few penciled in plans for the next adventure, I’ll be back on the bike and as I make more progress, I’ll keep you posted.