I have some good news to share, in 11 days (Monday 27th March) I’ll be flying out of Perth and starting my next tour.  Initially I planned to cycle across Canada, from Vancouver to Montreal, however the airfares were a bit steep and I’m not ready to tackle the Canadian Rocky Mountains, yet. So I’m starting in South Korea for a month of warm up, then catching a ferry to Japan to cycle to Tokyo and then heading to Canada.

I’m aiming for at least 6 months of travel, which will be a strain on my mind, body and bank account, but I know that once I make the leap, it will click. It won’t matter if I should or shouldn’t do it; it’s just something that I have to do. It’s hard to explain, it’s like an obsession at times, which usually isn’t considered to be healthy, but I miss it. Even though the past 18 months in Perth has been easy and nice, I’ve had one foot here, because it’s my original home, while my other foot is trying to drag me out. I realised that I wasn’t doing myself any favours by staying and it was my job to get it together and make a change.

Anyway, now for the fun part, the preparation phase. First I went to a travel expo and grabbed all the brochures I could, but I found they were mostly for high end cruises or Contiki tours. So I just breezed through the pretty pictures and went back to basics. With the classic combination of spreadsheets + Google maps + other people’s cycling blogs, I came up with my itineraries and budgets within a few hours.  The screenshot below is for Canada route, which I made from scratch, but I found the itineraries for Korea and Japan from these two sites (Visit Korea and Japan Cycling), mainly because they were well researched and translated already. 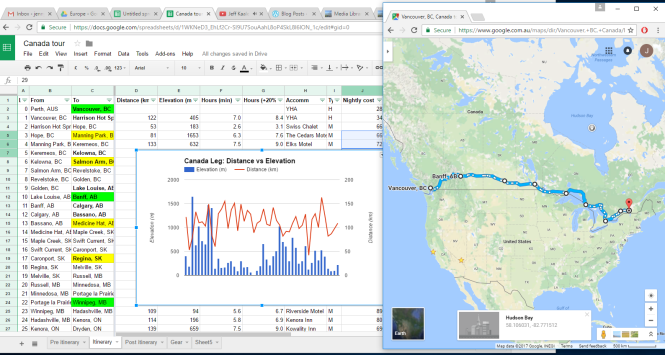 Bike-wise, I’m resting my commuter; as he needed quite a few modifications, so I opted to get a new steel framed tourer instead. I actually bought a female bike this time, so she’s lighter than my current alloy frame and has a few more touring friendly specs . Gear-wise, I’m keeping everything the same, except for a few extras and new pannier bags, since my last pair are held together with duct tape and obviously aren’t waterproof. 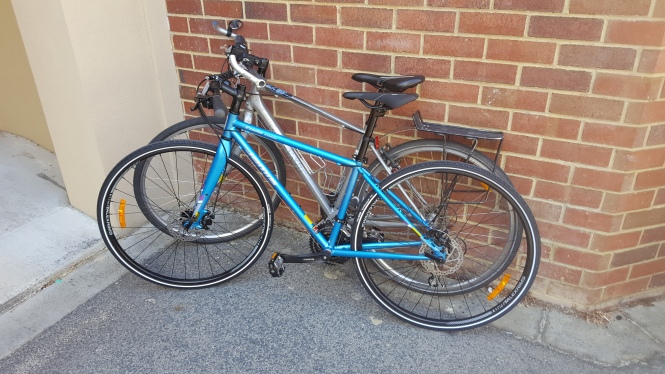 Fitness-wise things haven’t been ideal, from my last post I said I was training for the 200km Melbourne Ride Around the Bay in October. While I finished the race and was able to withstand a new level of pain (cycling 6 hours into a 50km/hr headwind), I haven’t really trained since.  It was mostly due to a lack of motivation, discipline and a bit of illness recently. But I’ve set the bar lower for my South Korea start, treating it as a warm up/foundation phase, rather than making it a sprint to the finish line. 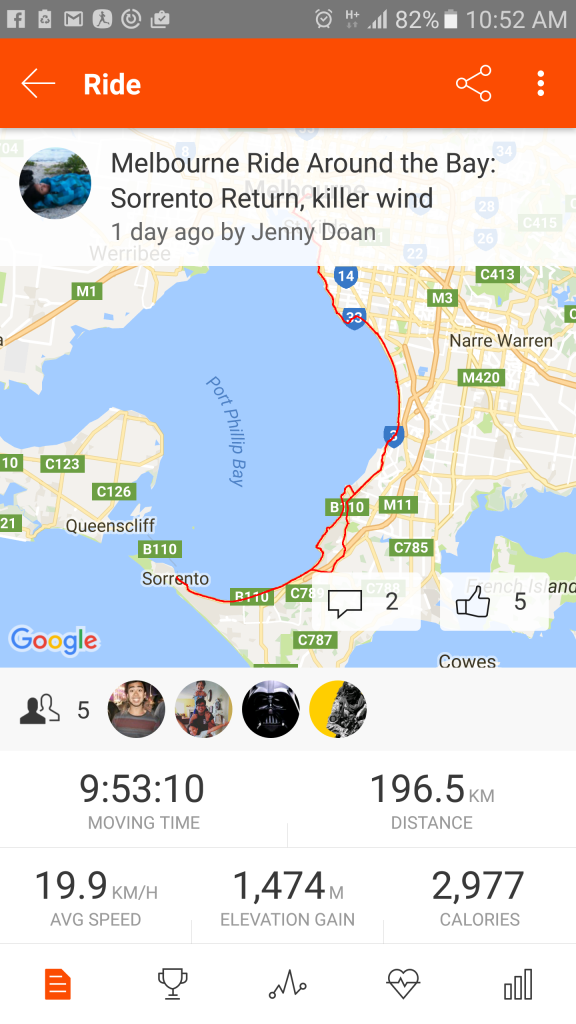 I’m feeling excited about the next few months and looking forward to sharing some more experiences with you.

6 thoughts on “Alive and Well: Ready to Roll”