I was scheduled to fly back to Busan in the morning, but due to bad weather the flight was delayed by 3 hours. Luckily I arrived in time to meet up for dinner with my former colleague’s cousin Jocelyn. She has been in Busan for two months so far and is working as an English teacher at an elementary school. It was great to hang out with someone who could understand Korean and knew some good places to go.

Earlier in my trip, I met someone who tried live octopus while they were on a food tour. I was too chicken to try it by myself, but Jocelyn and I gave it a go. If you don’t like squirming things then don’t play the video, the picture should be enough information for you.

Overall it was alright, the flavour was pretty mild, it was just the wriggling part that was strange. When we tried to pick up the pieces with chopsticks, they suctioned onto the plate, so it took a bit of effort. 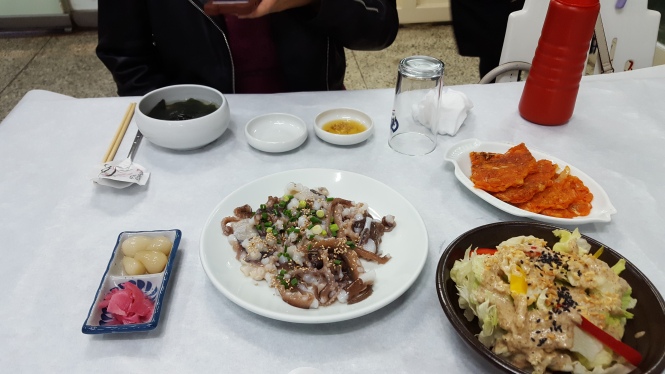 For dessert we chose a much simpler dish from a popular chain called Sulbing. They specialise in bingsu which is flavoured shaved ice and it was damn good. My expectations were a bit low because the stores we have in Australia aren’t that good, but this was the real deal. The strawberries here are fantastic and luckily it was the perfect season to enjoy it.

For my last day in Busan I had my favourite dish for lunch (the cold noodle soup) and went for a walk in Busan Citizens’ Park. 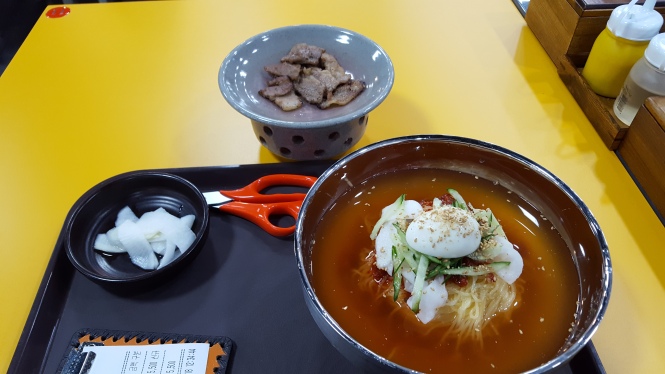 Not the fanciest or most famous dish, but so simple and refreshing

The park was so big because it used to be a horse racing track during the Japanese occupation. Nowadays it’s a really nice dose of greenery between the big apartment blocks. 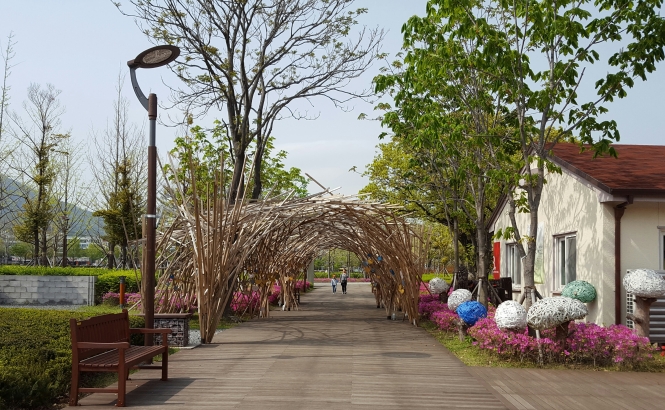 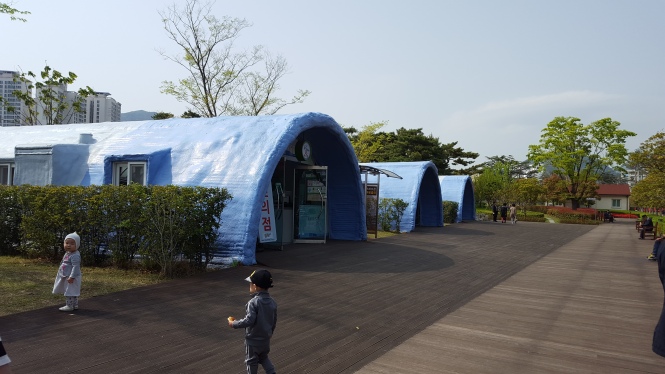 I ventured further along to search for Seokbulsa Temple, which would be setting up for the lantern festival at the end of the month. It’s one of the biggest events of the year and I was keen to see it, but it was 2.6km further along the path and had a decent uphill component. My calves were still super sore from the Mount Hallasan hike two days ago, so I gave it a miss.

Nice scenery, but not keen on hiking just yet

I headed back to get my stuff from my guest house and head to the port to catch my ferry. I booked a ticket with New Carmelia, the slower overnight ferry which allows bikes onboard. It costed roughly $100 and included a spot in a cabin, which I shared with a group of 70 year old ladies. They sang and danced before lights out and it was really adorable. 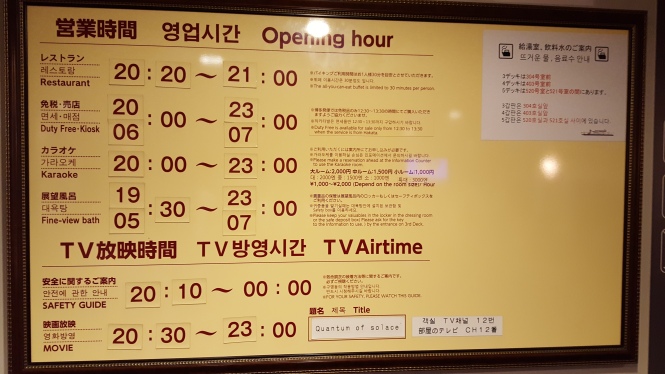 Things to do on the ferry

The trip was quite smooth, once the ferry started moving it was like being gently rocked to sleep. By 5.30am the next day we arrived in Fukuoka and it was so exciting to be in a new country. Travelling by ferry was so much easier, since I didn’t have to disassemble my bike and put it in a box. After quickly passing through customs, I hopped on my bike and rode to my accommodation, ready to kick off the next 2 months in Japan.

One thought on “South Korea Day 21-22: Busan and Ferry to Fukuoka, Japan”