Today’s ride was brutal, I prepped myself for 8-10 hours of riding and headed to the 24 hour store nice and early to buy supplies. The first 10km to Nichihara was really steep, but I didn’t see a sign for the town, so I checked my phone and realised I cycled in the wrong direction. I wasted an hour of climbing and had to turn back, it was downhill for 20km, then uphill for another 40km. 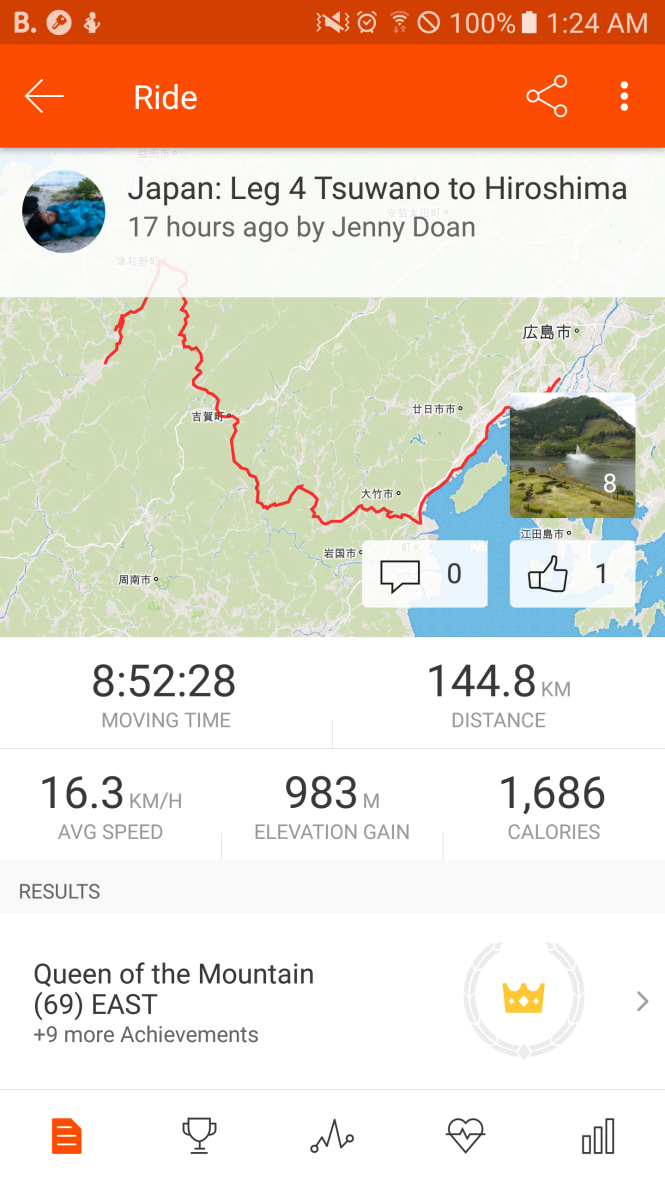 1st climb was my mistake, the 3rd climb was just bad luck

The last time I attempted a 140km ride in South Korea, I got rained on and smashed by headwinds before I called it a day and took a taxi. It felt like deja vu because halfway through the second climb, the rain started coming down too. There were only short patches of rain, but it was enough to make me nervous about the slippery descent. The downhill part was absurdly steep, passing through dark tunnels and some bits with potholes. I made it safely to the rest stop and had some snacks and a hot coffee from one of the many vending machines. 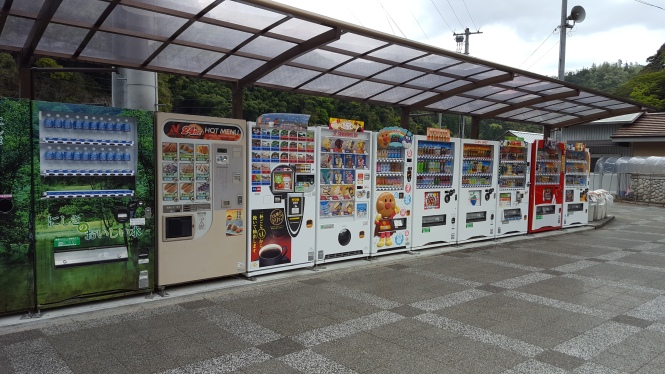 The rain cleared up and I looked forward to the rest of the ride, knowing that the hard part was over. Riding along the stream was lovely, but then there was some roadwork ahead and I had to take a detour back into the mountains. 30km of bumpy and narrow roads, just up and down as I counted down the kilometers.

At the 110km mark I had reached the coast and stopped at a convenience store for some yoghurt and a chance to sit down. I felt wrecked but there was no plan b; bikes aren’t allowed on public transport unless they’re disassembled and bagged, plus a taxi would cost a fortune. Luckily there was a mild tailwind, so I gently rode for another two hours through the built up city area.

I was relieved to reach my hostel and after showering, I went around the corner to try Hiroshima’s famous okonomiyaki. It was cool to watch the chef cook everything on the hotplate and each layer looked delicious. 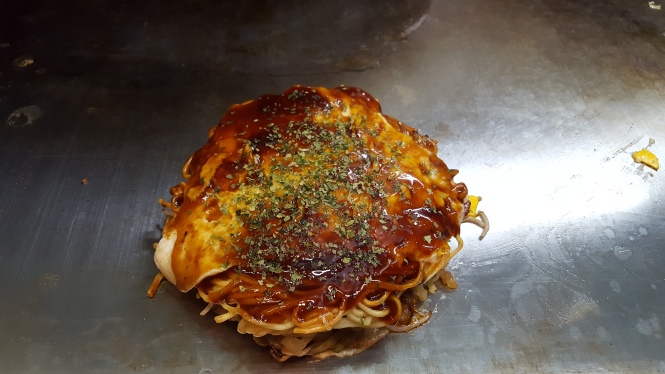 I’m glad it came with instructions, but I still need some practice with my spatula skills. I was so full by the end and happily walked back to my hostel, where I met a bunch of people who had been working in Japan during the ski season. We ended up chatting and getting to know each other, which is my favourite part about staying in hostels. That night I slept like a log and was relieved that I set aside four nights to explore Hiroshima and rest up.