I finished off the last bit of bacon and eggs and enjoyed the cruisy ride, almost entirely downhill to Matsumoto. I cycled through twelve tunnels and luckily there was maintenance occurring on the fourth tunnel, which meant only batches of cars could go through at once. The tunnels were much busier, longer and bumpier than previous tunnels, so having nobody on my tail was a huge relief. 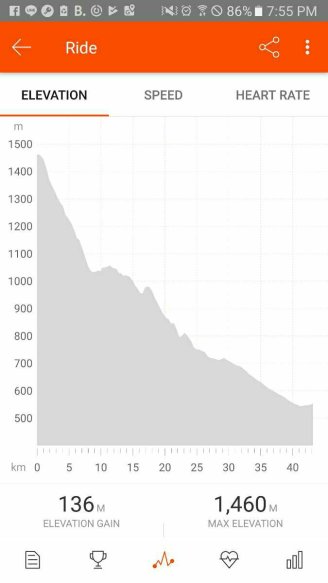 Outside of the tunnels, the views were great, just weaving between the mountains and alongside a river. I saw some monkeys too, but they were more scared of me and quickly ran or climbed away to safety.

I arrived at my Matsumoto early and did some sightseeing before checking in at my hostel. Nawate Street is decorated with lots of frogs, which are symbols for a safe return home. It’s lined with some stores too and I had an ice cream filled taiyaki, fish shaped dessert which is often filled with the traditional red bean paste, but sometimes chocolate or custard. 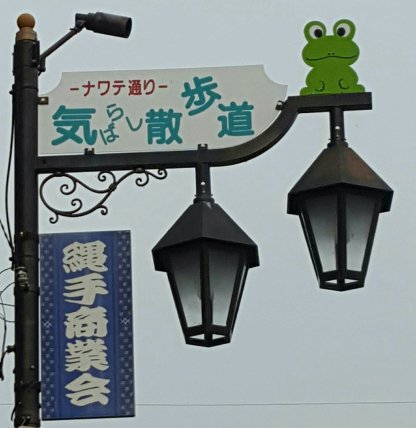 At my hostel, I chatted to the staff and got recommendations for restaurants and things to see, then chatted and picked out a place for dinner. I chose Doon Indoyama, the number one place on TripAdvisor and I was content with my huge serving of rice, curry and chapati. I chatted to the owner for a little while and he gave me free refills of rice and curry, he must have sensed my crazy cyclist appetite. 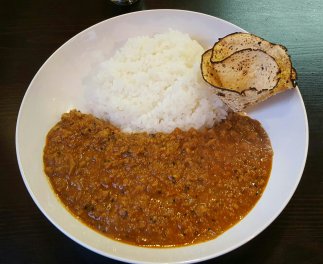 Matsumoto: Indian food in Japan is generally very good, but Doon Indoyama is amazing, cycle tourers get free refills too

I visited Matsumoto Castle, where there are a group of volunteers that provide free English guided tours. It was cool to learn about the history of the castle, especially because its one of twelve original castles left in Japan and it is over 400 years old.

Stairs at a 61 degree angle

The entrance fee for the castle included a trip to the Museum next door, although most of the signage and descriptions were in Japanese.

I headed to the main train station to try out Karaage Central for lunch, the chicken karaage was amazing, so juicy in the middle and crunchy on the outside. For the first time in Japan, I couldn’t finish my whole meal, but they gave me a takeaway container for the leftovers. While my food was still digesting, I rode my bike upwards to Alps Park and wandered around the perfectly manicured park. I watched some elderly people playing a game that was halfway between golf and croquet and admired the 360 degree view of mountains. Unfortunately it was too cloudy to see the snow-capped alps, but it was still enjoyable anyway. For dinner I finished off the rest of my chicken from lunch and went to bed early, to get enough rest for my big hike to Kamikochi the next day. 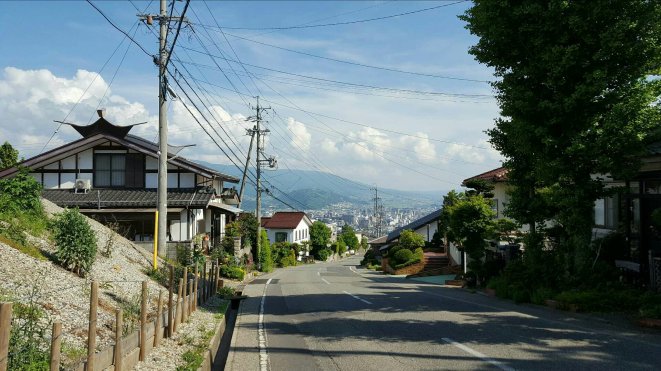 Kamikochi is beautiful national park, full of mountains, rivers and hiking trails. To keep it intact, private cars aren’t allowed to enter, but it can be accessed by bus from most of the nearby cities. For roughly 4500 yen (~$55 AUD) I got return tickets for the train and bus combo from Matsumoto, which takes 90 minutes each way. On the bus segment of the trip it was raining, but it subsided when I arrived at the first stop at Taisho Pond. There was a lot of wind and clouds, so I wasn’t able to get the perfect mountain reflection photos, but I kept moving to stay warm and enjoyed the greenery, rivers and fresh air. 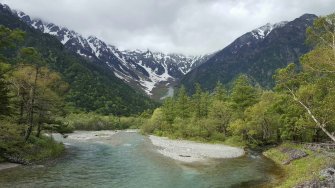 Me at Kappa Bridge

The Kamikochi Mountains were introduced to the Western world by Reverand Weston and his memory is preserved on the side of a large boulder. Typically the area is busier in July, when it’s a bit warmer, but there was a school group and a fair amount of people hiking today through the wind and short burst of rain and hail. They had some warnings for recent bear sightings, but the only wildlife I came across were some monkeys, who dawdled along the path with their babies in tow. 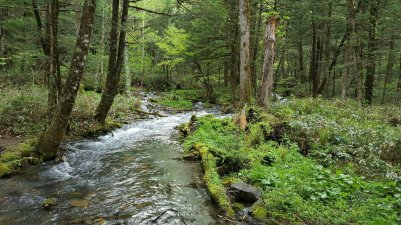 I took the direct bus back to Matsumoto and bought some snacks for the pot luck dinner the hostel runs every Friday. It was also their friend Choko’s birthday, so after lots of delicious food, there was cake and more sweets. It was great to see how their friendship group all ended up in Matsumoto and it was nice to be part of such a warm and joyful party. 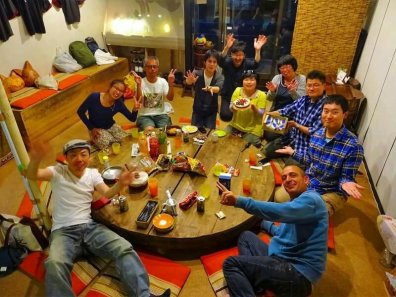 The weather was exceptionally nice today, probably a better day for hiking compared to yesterday. I checked out the art museum, which has a permanent exhibition for Yayoi Kusama, who was born in Matsumoto and known for her polka dot paintings, the yellow and black pumpkin is probably the most famous piece. Her work is also described as applied obsession, and it was mesmerising to see the detail and scale of her work. There was also a photography section that showed the region throughout the year and each season was so unique and spectacular. 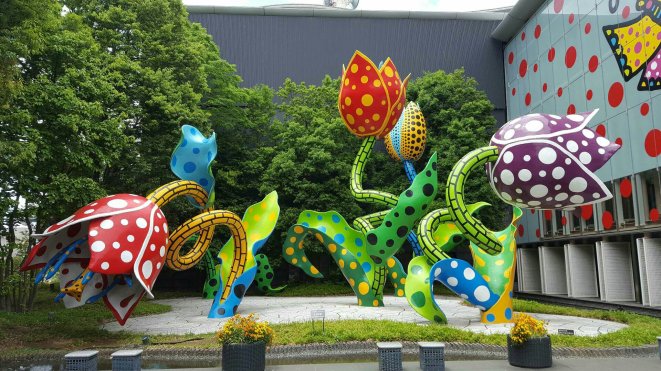 I headed to the park for the outdoor festival, which had live music, food stalls and all the hiking and camping gear you could ever need. Understandably, most of the people I met here are keen on hiking or mountaineering and it’s definitely one of the best locations to access the alps. I went back to Matsumoto Castle to snap a good photo and read in the park. My four days flew by, there are only 250km to go until I reach Tokyo and I’m glad I got enough rest to finish up the last leg of my Japan tour. 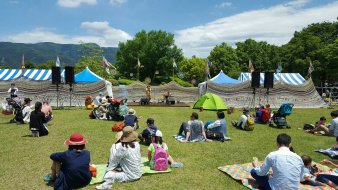 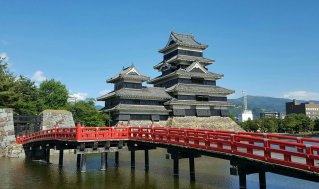