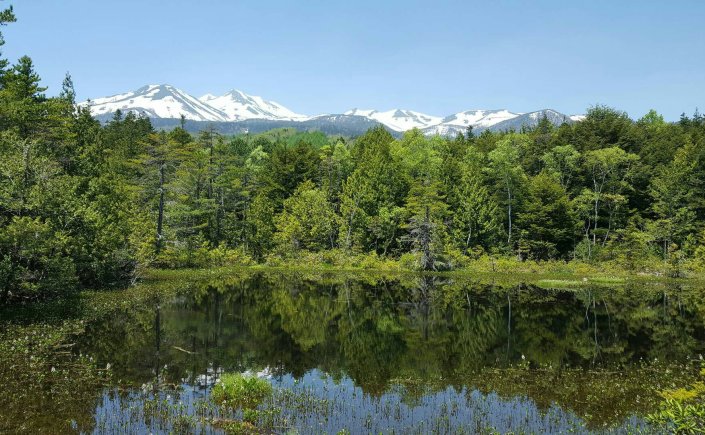 Today’s ride was rough, but unfortunately my Garmin bugged out and I couldn’t get the stats for my efforts, but hopefully these snippets should tell the story. 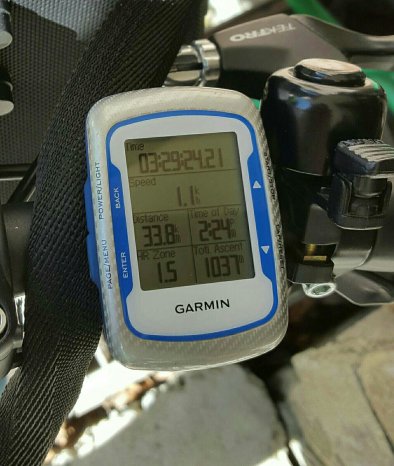 The 1000m of elevation was split into two parts, the first 500m at the very start, across 8km before the insane section with 11 consecutive hairpin turns. With a dangerous combination of uneven roads, sharp turns and the rapid descent of 500m, I walked my bike through most of it. This road is generally unused, aside from cyclists and motorcyclists, because the Abo Toge Tunnel bypasses this section, but it’s not open to cyclists and pedestrians. 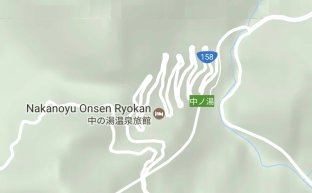 Once I got onto Route 158 I noticed the smell of sulfur again and the milky colour of the rivers. I rapidly descended another 300m down some smooth roads and got ready for the last 10km towards Norikura Kogen. 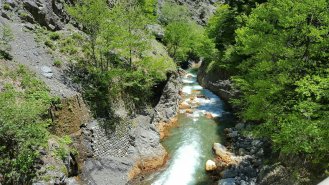 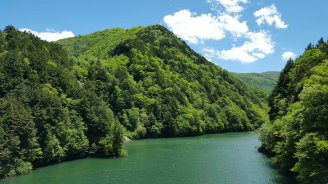 It wasn’t far, but it was absurdly difficult, the signs kept reminding me that it was a 10% gradient and after my legs refused to turn any longer, I had to walk. I felt so frustrated, I had two whole rest days to recover, but I had to get past this last big hurdle. The beautiful mountain in the background motivated me to keep going and I even stopped for some expensive ice cream boost my morale. With 2km left, I had enough, I wanted to throw my bike of a cliff and be done with it, but obviously I needed the bike more than it needed me. I made it in the end, and the elevation map below is from my ride when I left Norikura Kogen 3 days later. The ridiculously steep part in the first 8km proves that it really was an insane incline and that’s why it wrecked me so badly. 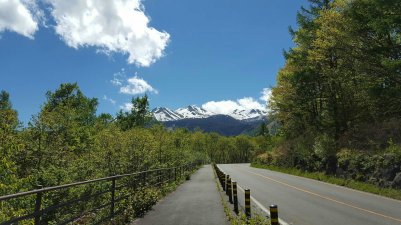 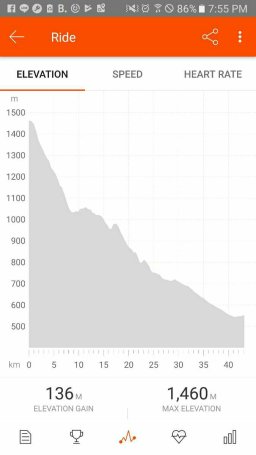 That evening I had some instant noodles for dinner and some hot pikelets for dessert, while planning the hikes I wanted to do for the next two days. My sleeping area was much more roomy than the previous night, and I shared the 6 person dorm with one other person, Robin, she’s from the Netherlands and visiting for a conference in Japan.

I went on a very flat and gentle hike to see some ponds and take photos of Mount Norikura. The walking paths are really well sign posted, so I could switch off and just wander around among the endless trees and spot a few flowers. The Chinese Skunk Cabbage blooms around April and early May, so I just missed them, but in the Dojo Pond photo, you can see what they look like without flowers. Surprisingly they don’t smell bad, they are just like knee-height cabbages.

The food around town was a bit expensive, about a 50% mark up, probably because tourists like the area and there aren’t any convenience stores in town. There was one supermarket, but on the outside it only said “liquor store” so I went straight past it. The guesthouse host gave me a lift to the store and I stocked up on bacon, eggs, noodles and apples. I made my own dinner that night, slightly more advanced than instant noodles and although the presentation was lacking, the quantity was ideal. 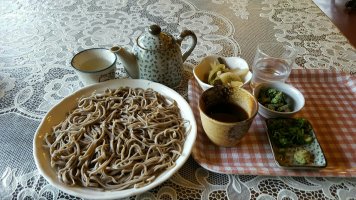 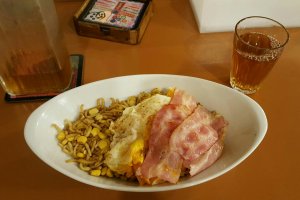 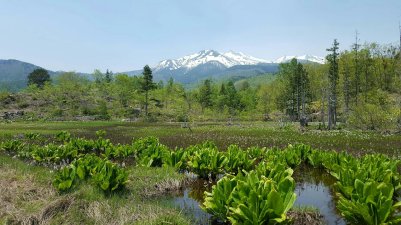 Outdoor onsen at the guesthouse

Today’s hike was a bit longer, around 8km and uphill a fair amount too. Zengoronotaki waterfall was only 15 minutes from the guesthouse and I stood on the bridge with a couple and their corgi, feeling the refreshing spray from the waterfall. Next up was Azami-ike Pond and the trail varied between perfect boardwalks and windy trails.

I hiked up to roughly 1850m in elevation to find Sanbondaki Falls, which translates to Three Waterfalls, although the third waterfall was a bit weak when I saw it. I met up with a Belgian couple who were staying at the guesthouse and we ate lunch on the rocks near the waterfall. Walking back down to town was difficult, the path was really narrow and tested my fear of heights. The photo of the path below looks crooked, but the path is on the left hand side and the trees grow in a funny direction, as they hang onto the steep slope. In the last 500m, I came across the observatory to see Zengoronotaki Falls with Mount Norikura in the background. 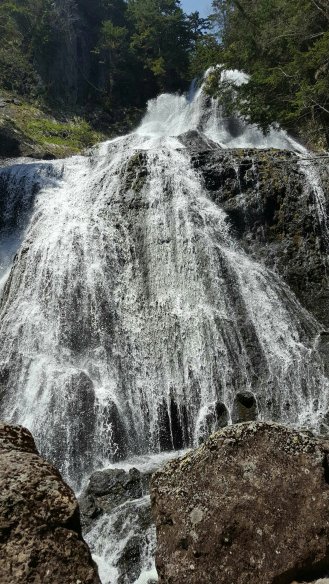 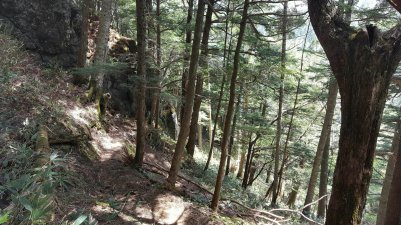 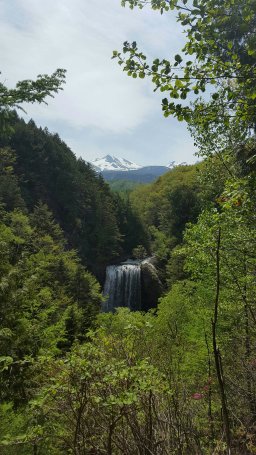 In the evening I soaked in the outdoor onsen, one last time, really appreciating all the sulfury goodness. The bath worked like magic, the minerals are a natural exfoliator, making my skin feel so perfectly soft and smooth, even my elbows. I had some more bacon, eggs and noodles for dinner and indulged by watching the first few episodes of season five of House of Cards.